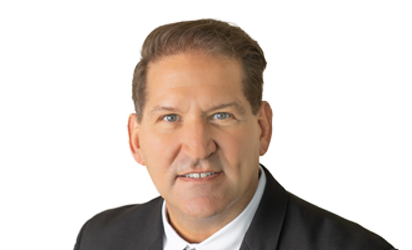 Mr. Renda has had a successful career in leading commercial sales, marketing, and operations at large and mid-sized pharmaceutical companies. He joined Halozyme in 2022 following the acquisition of Antares Pharma, Inc. where he served as Senior Vice President of Commercial.

Prior to Halozyme, Mr. Renda was Vice President, U.S. Sales Autoimmune and Rare Disease at Mallinckrodt Pharmaceuticals where he led a 200-person organization responsible for over $1B in annual sales and managed 5 unique therapeutic areas and institutional account teams. Previously, he held various positions of increasing responsibility at Novo Nordisk including Marketing Brand Director, and then led a Commercial Operations and Effectiveness team for a 150-person organization. He was ultimately promoted to Vice President, U.S. Sales Biopharmaceutical Division leading a national sales team with over $600M in annual sales. Prior to that, he was Regional Business Director at Pfizer managing one of the largest U.S. sales regions with 175 sales and account representatives after serving in varying director and operations roles. He also previously served as Manager, U.S. Urology Marketing and Alliances at the Pharmacia Corporation and began his career in sales at The Upjohn Company.

Mr. Renda earned his B.S. in Accounting from The Pennsylvania State University.

Copyright© 2015-2023. Halozyme, Inc. All rights reserved. All trademarks belong to their respective owners.